Comment #2 goes over how anyone can get their own copies of these documents on a CD from the FBI (for those skeptics who claim this is "disinfo" - as if I have any time to slug this stuff together).  Here is the boilerplate letter I received from the FBI after making the initial request and asking for a fee waiver (my personal info has been whited out).

Above:  A snippet from the 2001 FBI files on Urban Moving Systems and the 9-11 Dancing Israelis incident.  An employee of UMS dishes on the boss (Dominik Suter?) who not only cheats customers but seems to harbor a huge grudge against the United States.

Here are videos for those unfamiliar with the story:


The controversy around Urban Moving Systems (active as a business since approximately 1996) centers around the fact that it was a Mossad front company, and whether or not the "employees" (agents) knew what was about to go down on September 11th.  There were also, according to the FBI report, traces of explosive in the van used in the Dancing Israelis incident.  Were members of this group involved in rigging the towers for demolition?  Were they part of a Sayeret Yahalom demolition team? (Hat tip to Niqnaq on that one).


In section 5, page 25 of the FBI report, a male eyewitness who was painting the interior of an apartment spots the Dancing Israelis on a nearby roof "less than 5 minutes" after the first plane hits the WTC.  The location of the roof, The Doric Apartments at 100 Manhattan Avenue in Union City, NJ, is a 5 minute drive from Urban Moving Systems at 3 W 18th Street in Weehauken.  This contradicts the statements of the Israelis in the 4th video (starting at 3:55), who claim they began driving to that point after the first plane hit the towers.

There were a number of reasons I retrieved and posted the 4 page police report from the East Rutherford, NJ P.D. and these FBI documents on the 9-11-2001 Dancing Israelis incident (links are below).  If any 9-11 researchers had seen them, they failed to make them available for public scrutiny.  As a consequence, some individuals have concluded that the Dancing Israelis were an "urban legend", based only on researchers' opinions and a slew of seemingly disparate facts.


Fill out an FOIA request, or write a letter, and these public records are yours for a few dollars, or free.  So why have we not seen (until now) official documentation on these suspicious events - events that apparently never got a mention in the 9-11 Commission Report?

The FBI's investigation of the Dancing Israelis is close to 550 pages long - redacted pages (not included in the above count), had they been made available, would bring the actual report closer to 1800 pages.  Of the released pages, many are partially blanked out.  The investigation won't be completely declassified until 2030 at the earliest; however it appears that date was changed to 2035 (see above stamps that appear on most pages).

The report is in 6 sections. The PDF "search" option does not seem to be working.  A brief synopsis of some findings are below, section by section.

Because of time constraints, I have not vetted everything.  Please note in the comments area any section/page of interest found in these documents.  I have posted some snippets, however, I may have missed a few things, and would appreciate any insights, help etc.

Above:  A female witness at 100 Manhattan Avenue spots the Israelis "high fiving" each other while watching the WTC burn.  Were they really happy to see the WTC burn, or were they just fans of Seattle's "High Five'n White Guys"?:


The first 9 links below this article under "Related posts" are my own independent research.  Some of these articles contain evidence that some actors in this group are still active in the US.

Regarding the Dancing Israelis connection to the Mossad, here's an article from the Jewish Daily Forward.

For an interesting analysis of the information in these documents, please first see this brief intro, then the following article:

A concise video of the same analysis is here on YouTube.

Section 1 (full text at this link)

p. 36 and p. 52-53 - An "unscheduled" Urban Moving Systems van is stopped by Pennsylvania State Police as it is traveling toward the Shanksville, PA hijacked flight 93 crash site:


p. 61-77 - Tenants at 100 Manhattan Avenue apartments are questioned about sightings of Israelis prior to 9-11. 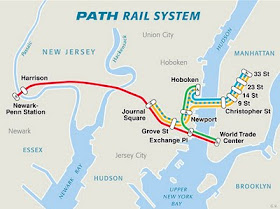 Section 2 (full text at this link)

p. 35 includes VIN numbers for all UMS vehicles, including the famous white van. 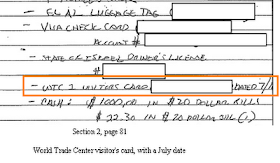 Section 3 (full text at this link)

Section 4 (full text at this link)

Section 5 (full text at this link)

P 21:  female employee of UMS arrives at work at 8:58 am (shown on punched time card). A co-worker brings her some cookies - she estimates this happened about 5 minutes after she clocked in (9:03)  She talks with co-worker for "a few more minutes" and then hears someone in the building shout "Oh my God a plane just hit the World Trade Center."   She then heads into the dispatch room of Urban Moving Systems (where the shout came from) and sees "a still picture on a computer screen of a plane hitting one tower".

p. 25:  A painter at the Doric Towers, 100 Manhattan Ave, Union City, NJ is informed by a partner of the disaster "less than 5 minutes" after the first plane hits the north tower".  He "stands up from painting the baseboard, looks out of the window, and notices 3 young men taking video and still photographs from atop the roof of the parking garage adjoining Doric Towers. (ed. note:  Urban Moving Systems is a 5 minute drive from 100 Manhattan Ave.)


Section 6 (full text at this link)


p 8:  foreign names and names of obscure towns in India and Nepal.

p 30:  report on Israeli art vendor arrested in Mercer county.  Found traveling in the vicinity of the FAA center in Pomona, NJ and also taking pictures of bridges and freeways: 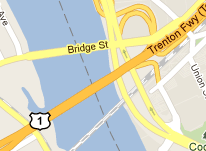 Below, video on Israeli "art sales":

p 40:  phone number found in notes connected to individual in S. America with "ties to Islamic militants in the ME"

P 41:  another phone number is connected to a hash dealer in NY - this info is considered moot.

A Dancing Israeli's Wishlist:  Further Proof of Foreknowledge of the 9-11 Attacks?


The FBI, the NYPD and the 9-11-2001 King Street Exploding Mural Truck - All Roads Lead to Nowhere

Are the "Dancing Israelis" Plotting Revenge?  And Why is (at least) One of Them Still Residing in the US?

Snopes.com and the Odigo 9-11 Messages

Prior knowledge of 9/11 attacks overheard in Hebrew


US Consulate whistleblower: 9/11 hijackers passports were issued by the CIA

Antiwar.com article re: its inclusion in the above FBI documents

'Cheering Movers and Art Student Spies: What Did Israel Know in Advance of the 9/11 Attacks?'

Dozens of Israeli Jews Are Being Kept in Federal Detention

Was September 11th a cover up of a financial fraud?

FBI Turning Over Stones With Israelis Underneath

The Spy Who Loves Us - Pay no mind to the Mossad agent on the line.
By Philip Giraldi